In this final project I used design tables to drive the different layers of variations of this changeable shading facade. 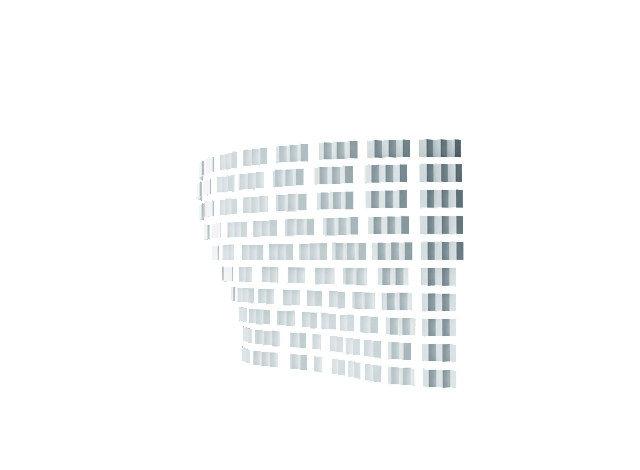 In the framework level, a few parameters of the dimensions of the facade are applied to allow manipulation of the general geometry of the framework.

Then the every cell of the aperture on the facade is located within every neighboring four points on the grids of the framework. And the shading system consist of several folding panels. Both the size of the panels and the number of the panels within the cell are embedded with parametric design method.

The height and width of the panel are driven by local parameters which are collected with two design tables in which random numbers are applied to simulate the random situations of shading and opening.

Another parameter is the rotation of the panel which can mimic the way the panels slide over along the cell's side.

The numbers of panels in each cell are determined by a written rules which controls the true and false activities of each panel. Dividing the total width of the cell with the width of the panel, and then taking an approximate natural number of the quotient，the number of the panels are decided. Panels are labeled in numbers, any one with the number bigger than the approximate quotient are deactivated within that cell.

Since the rule and parameters of the size and rotation of the panels are locally embedded in the a power copy unit, repeating the copy of the unit creates a series of parameters independent with each other and those parameters can be applied with random numbers in design tables to simulate the random situations of the apertures on the facade.

Variations of the Aperture in panels' size 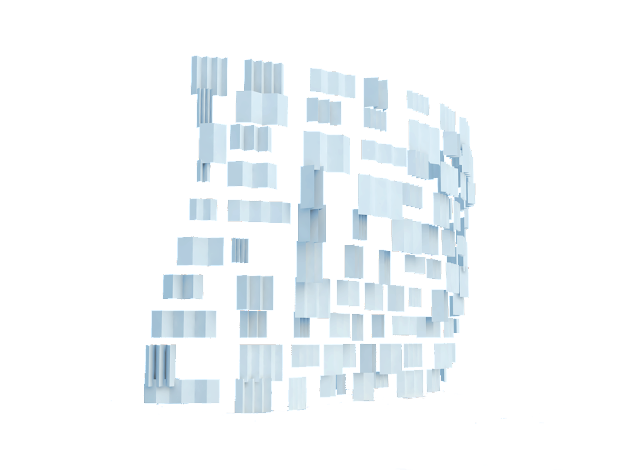 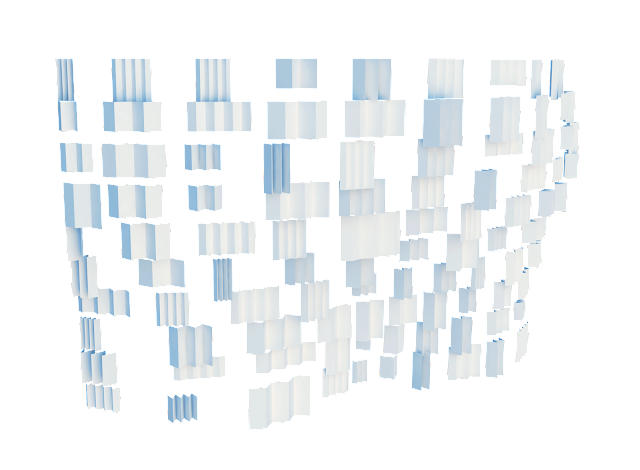 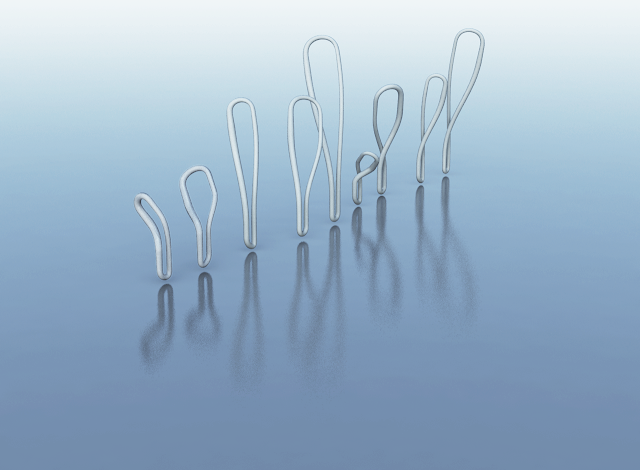 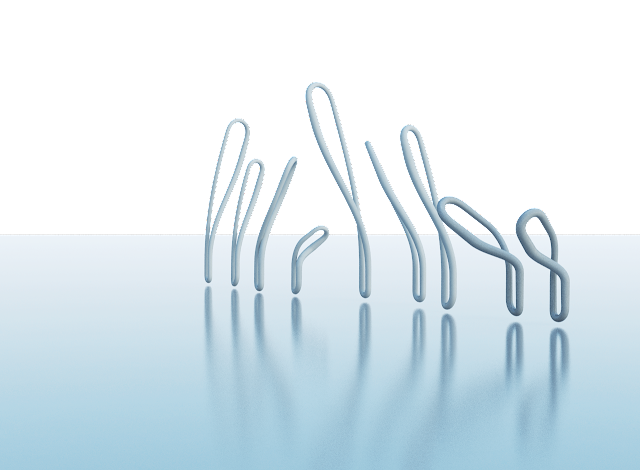 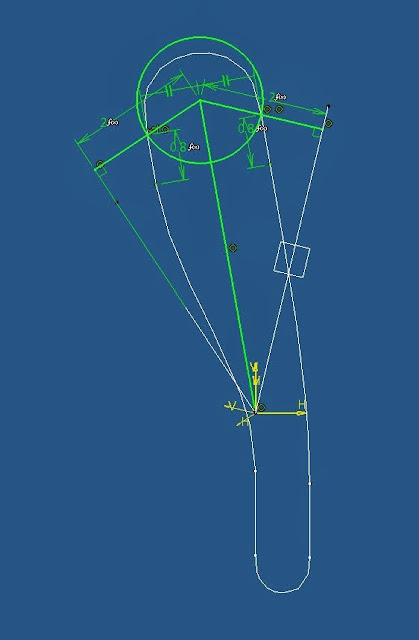 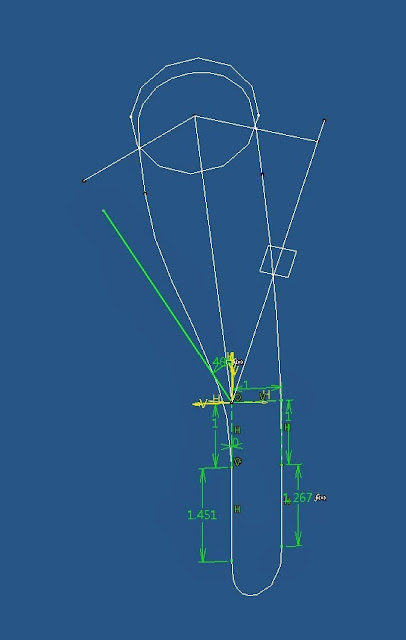 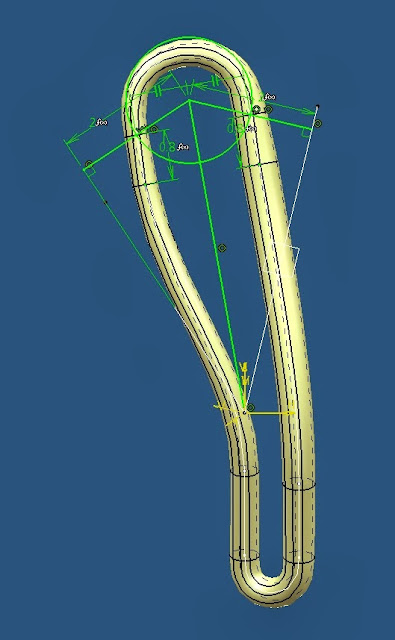 This weeks we focused on how to use knowledge adviser and Excel table data to drive the replication production in a more productive and creative way.
I began with a simple sketched layout of framework of which the height of each vertical component is driven by a set of random numbers generated from a linked Excel file. (see the below graphic) 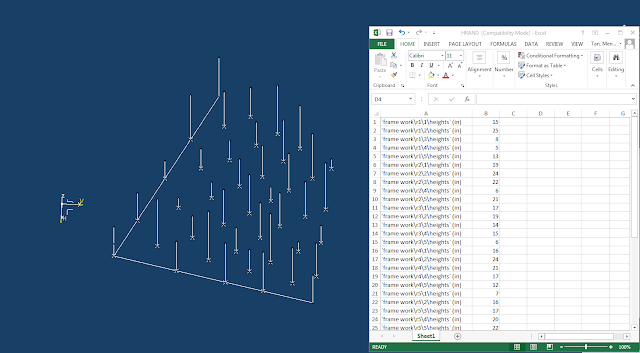 I want to use color code to analyse the topology generated from covering the framework with continuous triangular surfaces. Red and Blue are made of the singular 'cell' of four pieces (as shown bellow), so that when the central point is the peak, all pieces are turn red as showing 'prominence' or 'convex'; the blue represents a total'concave'.
The 'between' situation is either pink or light blue depending on the central heights is whether higher or lower valued than the average of the corner heights.

above are all convex cells

blue ones are concave ones

Different cells are colored in this code which makes the topology of the whole more visually obvious and achievable.See the variations of the coloring and topo which generated from the random heights of the framework. 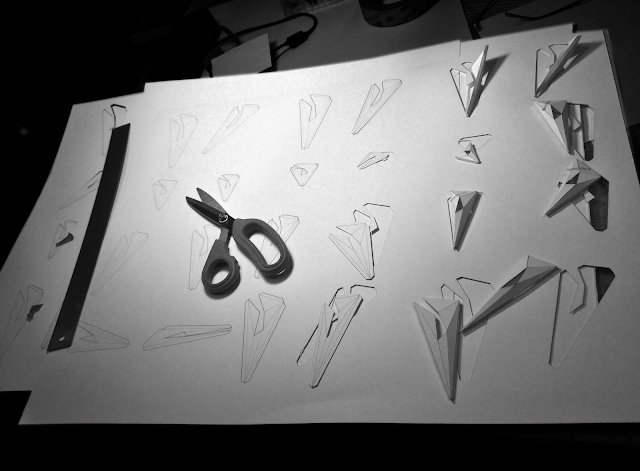 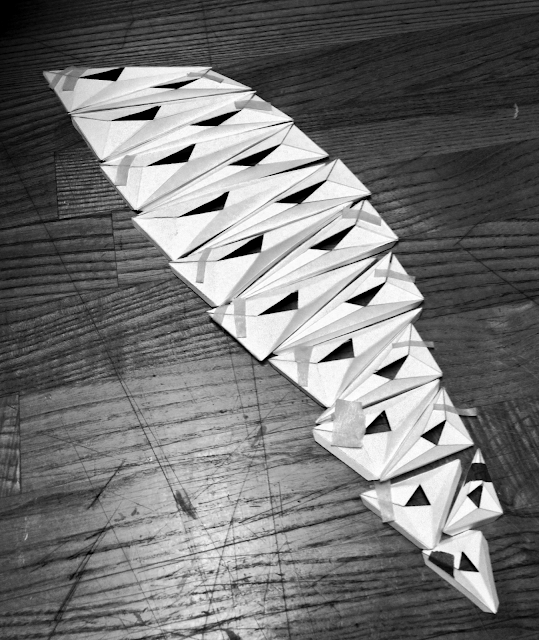 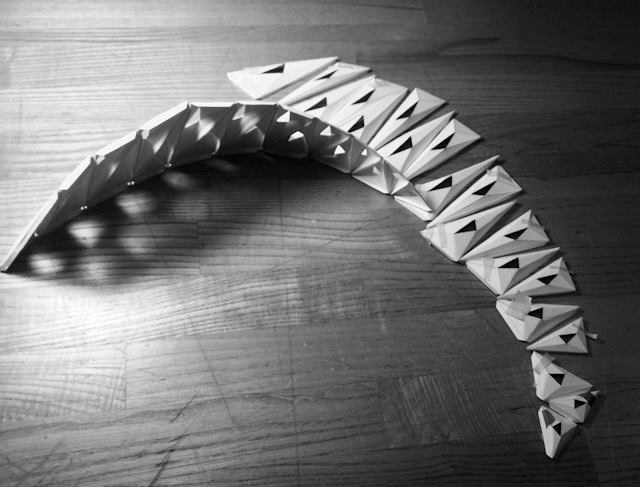 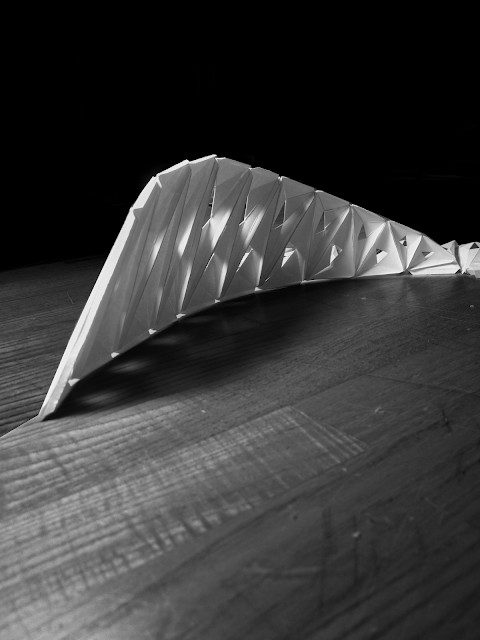 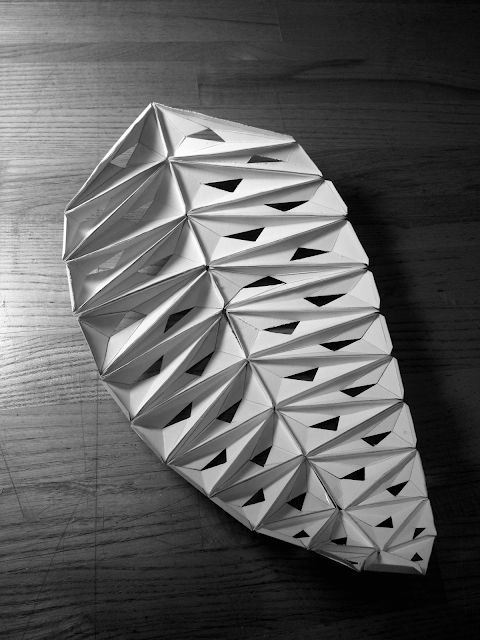 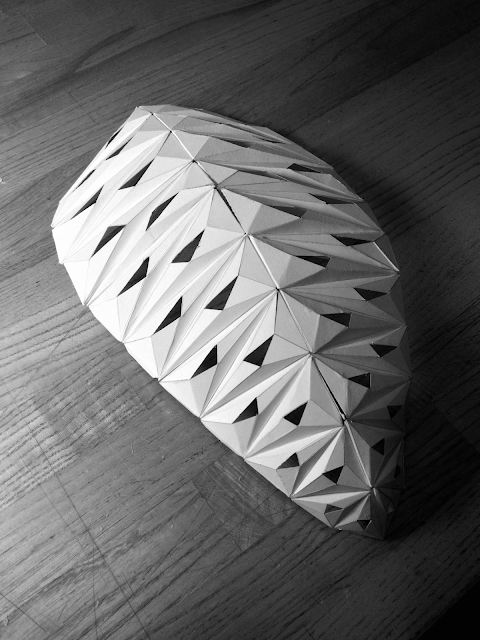 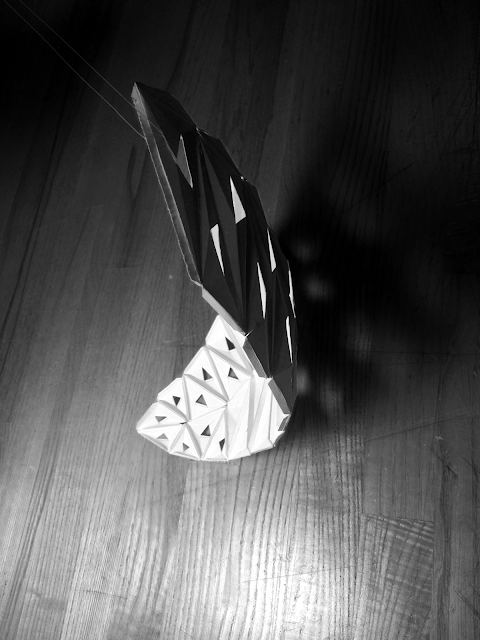 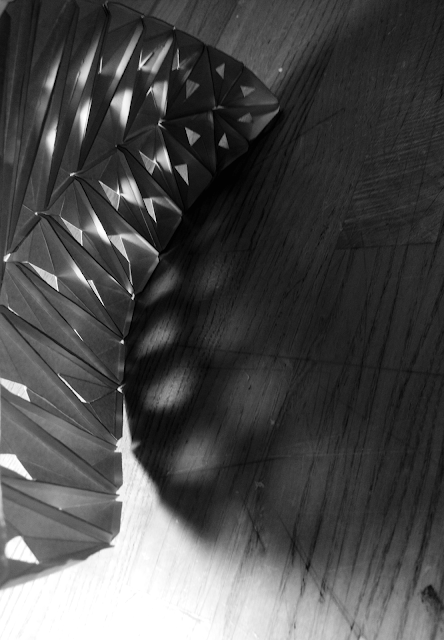